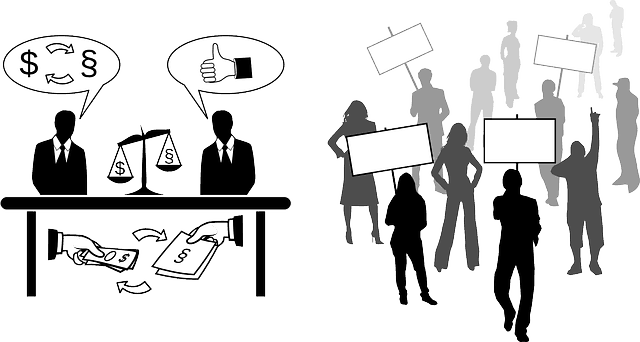 Hospital’s exercise of free speech and the right to petition

After the hospital had filed its hospital lien and when the underlying personal injury case had been settled, the injured party filed a declaratory judgment action to determine each party’s rights in the proceeds of the settlement. The hospital filed a motion to dismiss under the Texas anti-SLAPP, TCPA, law.

The court first determined that the declaratory judgment action invoked the Texas anti-SLAPP, TCPA law; that the injured party had proven the essential elements of his claim by clear and specific evidence; and, that the hospital had failed to prove a valid defense.

The court also held that both the personal injury exemption and the commercial speech exemption in the Texas anti-SLAPP, TCPA, Act applied making the declaratory judgment action exempt from application of the TCPA’s dismissal scheme.

The appeals court held that the declaratory judgment action did invoke the Texas anti-SLAPP, TCPA, law.

The court ruled that the personal injury exemption and the commercial speech exemption contained in the Texas anti-SLAPP, TCPA, law, applied. However, it did discuss whether the injured party had demonstrated a prima facie case for each essential element of its cause of action. The hospital had raised the issue that the injured party was required to put on evidence about the reasonableness of the hospital’s charges. The court disagreed. It held that the essential elements of a declaratory judgment action are, (1) a justiciable controversy exists and (2) the controversy can be resolved by the declaration sought. Since the injured party met his burden of showing these two elements, he had demonstrated by clear and specific evidence each essential element of his claim.

Even though the court determined that the personal injury exemption and the commercial speech exemption of the Texas anti-SLAPP, TCPA, law applied, the court, nevertheless, discussed whether the hospital had put on evidence of a valid defense.

ETMC also asserts that its motion to dismiss should have been granted because it established affirmative defenses to Pridgeon’s claim. Again relying on the language in Pridgeon’s pleading asking the court to find that the amount of the lien exceeds the reasonable and regular rate for the services provided, ETMC argues that is the “claim” that must be considered in determining whether it has established a defense to Pridgeon’s claim.

ETMC argues that it established the defense of quasi-estoppel because Pridgeon’s use of the full amount of the hospital bill in her negotiations with the third-party tortfeasor is inconsistent with her assertion in her declaratory judgment action that the bill was not reasonable and regular. Quasi-estoppel precludes a party from asserting, to another’s disadvantage, a right inconsistent with a position previously taken. Samson Expl., LLC v. T.S. Reed Props., Inc., 521 S.W.3d 766, 778 (Tex. 2017).

ETMC also asserts that it established the defense of estoppel by contract because Pridgeon contractually assigned all money due to her pursuant to the settlement up to the total amount of her ETMC account. The doctrine of estoppel by contract provides that a party is bound by the terms of his contract until it is set aside by fraud, accident, or mistake. Royalco Oil & Gas Corp. v. Stockhome Trading Corp., 361 S.W.3d 725, 732 (Tex. App.-Fort Worth 2012, no pet.).

ETMC’s reliance on these affirmative defenses is misplaced. ETMC would have been entitled to dismissal of Pridgeon’s declaratory judgment suit if ETMC established a valid defense to her claim. See Tex. Civ. Prac. & Rem. Code Ann. § 27.005(d). As explained above, Pridgeon’s claim in this case is a request for construction of the hospital lien statute. Neither quasi-estoppel nor estoppel by contract address whether there is a justiciable controversy or whether it will be resolved by the declaratory judgment suit. The defenses ETMC asserts address the amount of the hospital lien, a question not at issue here.

Because filing the hospital lien is an exercise of free speech and Pridgeon’s declaratory judgment suit was a response to the lien, the TCPA applies. However, Pridgeon’s suit is exempt from the TCPA’s dismissal provisions due to application of the statute’s bodily injury and commercial speech exemptions. Additionally, Pridgeon avoids dismissal because she met her burden to prove her prima facie case, and ETMC did not raise any viable affirmative defenses to Pridgeon’s declaratory judgment suit. We overrule ETMC’s sole issue.

This is the same hospital in E. Tex. Med. Ctr. v. Hernandez, No. 12-17-00333-CV, 2018 WL 2440508 (Tex. App.-Tyler May 31, 2018, pet. denied) (mem. op.) which I wrote about previously. They keep trying to get the TCPA to apply to declaratory judgments complaining about the reasonableness of the hospitals lien so they won’t have to prove the lien is reasonable and regular, so far, unsuccessfully.