Quintanilla and West are in a dispute over a debt. There were several written contracts involved and, according to West, there was an oral contract as well. Quintanilla filed documents asserting a lien against certain of West’s mineral interest. West filed suit claiming that Quintanilla had knowingly and intentionally slandered West’s title to the minerals by filing fraudulent liens when he knew that West had fully satisfied the debt. Quintanilla then filed a motion to dismiss under the Texas TCPA. The trial court denied the motion.

When Quintanilla appealed, the Court of Appeals held that the TCPA applied and that because of the parol evidence rule, West could not satisfy step two of the TCPA. They did not rule on the other issues raised by Quintanilla that may preclude West from being successful in the underlying suit.

The Supreme Court went through a long dissertation of why the parol evidence rule, which it said is not a rule of evidence but a rule of substantive law, did not apply in this case.Having determined that the Court of Appeals erred in reversing the case based on that one issue, the Supreme Court sent the case back to the Court of Appeals to consider the other issues in the TCPA claim that were raised by Quintanilla but not decided by the court of appeals.

(W)e hold that the parol evidence rule does not preclude enforcement of the agreement through which West claims to have satisfied his debt to Quintanilla, and that West has thus met his current burden to establish a prima facie case for the falsity of Quintanilla’s liens. We do not hold that West has established a prima facie case for every element of his claims. In the court of appeals, Quintanilla also argued that West cannot establish causation or special damages, and that Quintanilla established his defenses by a preponderance of the evidence. Id. § 27.005(d). The court of appeals did not reach those issues. We therefore reverse the court of appeals’ judgment and remand the case to that court for consideration of issues it did not reach.

The only part of the decision that relates to the TCPA was the Supreme Court listing the elements of causes of action as pled by West: To prevail on his slander-of-title claim, West must show by clear and specific evidence that Quintanilla published a “false and malicious statement made in disparagement of a person’s title to property which cause[d] special damages.” To prove the filing of a fraudulent lien, West must show that Quintanilla intentionally or knowingly presented for filing a financial statement that he knew “contained a material false statement.” 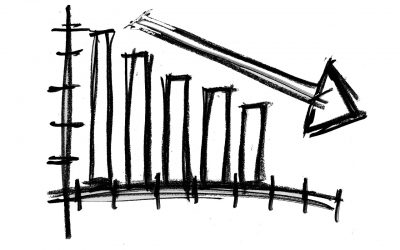