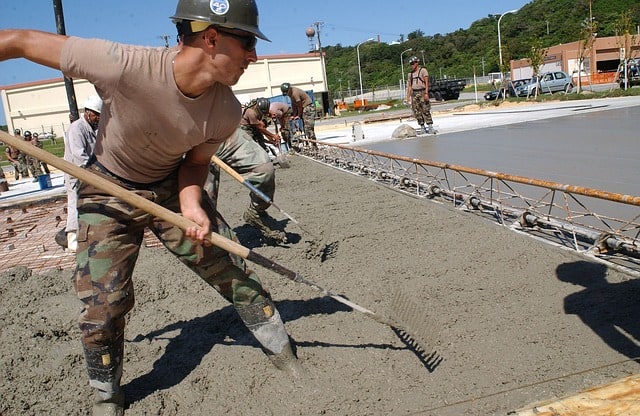 Appellants’ exercise of free speech, right to petition, or right of association.

Oldcastle filed a Verified Petition to Take Depositions Before Suit to Investigate Potential Claims. See Tex. R. Civ. P. 202.2. In its Rule 202 Petition, Oldcastle sought to take pre-suit depositions of the Dodsons, Clayton, and several of the City’s employees to investigate pursuing claims such as defamation, tortious interference, and conspiracy, all of which allegedly stemmed from the City’s decision to award the resurfacing projects to L.D. Construction and another contractor. That same day, and before any parties were served with Oldcastle’s notice, the trial court signed an order granting Oldcastle’s request seeking pre-suit discovery. See Tex. R. Civ. P. 202.3(a).

Appellants, as well as the City, moved to dismiss, based on their rights under the TCPA, claiming that Oldcastle’s Rule 202 petition sought information about potential claims that were based on, related to, or filed in response to Appellants’ exercise of free speech, right to petition, or right of association. See Tex. Civ. Prac. & Rem. Code Ann. § 27.003. Clayton supplemented Appellants’ joint motion also arguing that any potential claims against him would be barred by attorney immunity since he acted in his capacity as the attorney for the Dodsons and the City.

Initially we note Oldcastle argues in its brief that the TCPA does not apply to the Dodsons and Clayton because Oldcastle’s Rule 202 petition does not seek to investigate claims based on, that relate to, or are in response to Appellant’s exercise of their right to free speech, right to petition, or right of association. See Tex. Civ. Prac. & Rem. Code Ann. § 27.003(a). Yet because the information Oldcastle seeks from Appellants’ pre-suit depositions pertains to the City, a governmental entity, and its contractors on public projects involving the City, we conclude, absent permitted exceptions, Oldcastle’s Rule 202 petition invokes these rights under the Act.

The court never reached step two because it ruled that the commercial speech exemption applied to all the claims except the claims against the attorney and upheld the denial of the motion to dismiss except as to the attorney.

The Dodsons, through L.D. Construction, are in the business of selling goods and services-materials for paving projects. Oldcastle also sells paving materials. In the past, the City has purchased materials from both L.D. Construction and Oldcastle, and it continues to be in the market for such goods. Oldcastle’s Rule 202 petition concerns discovery of facts surrounding whether L.D. Construction disparaged Oldcastle materials to place it at a competitive advantage to Oldcastle. The record contains sufficient facts to meet the requirements set out in Castleman v. Internet Money Ltd., 546 S.W.3d 684, 688 (Tex. 2018) (per curiam).

As to Oldcastle’s claims against the Dodsons and L.D. Construction, we conclude the commercial speech exceptions authorized the trial court to deny the motion to dismiss. See id.; see also Tex. Civ. Prac. & Rem. Code Ann. § 27.010(b). The ruling is affirmed as to those claims.

The court then ruled that the attorney had immunity from suit and reversed the trial court’s denial of his motion to dismiss.

Finally, even if Oldcastle met its burden of establishing a prima facie case for its claims against Clayton, which we need not decide, Clayton was entitled to a dismissal of Oldcastle’s petition because he established he was immune based on his role as the Dodsons’ and L.D. Construction’s attorney. See id. § 27.005(c), (d).

Oldcastle also claimed the commercial-speech exemption applied to Clayton (the attorney) because Clayton was acting in his own interest by “selling his legal services to the City as a potential client.” We conclude, however, that the commercial speech exception does not make the TCPA inapplicable to Clayton’s claims. The Supreme Court explained in Castleman that the statute’s reference to “‘the sale or lease of goods or services[, ]'” when read in context, “must refer to the defendant’s sale or lease of goods or services.” 546 S.W.3d at 688 (quoting Tex. Civ. Prac. & Rem. Code Ann. § 27.010(b)). The speech at issue here related to Oldcastle’s products, and Clayton is not in the business of selling material to pave roads. The dispute concerns statements or conduct that does not involve the kind of goods or services that Clayton provides. Id. For that reason, we hold the commercial-speech exception does not apply to Clayton and that Clayton may avail himself of the protections of the TCPA if he satisfies the Act’s three-part test in section 27.005. See Tex. Civ. Prac. & Rem. Code Ann. § 27.005(b)-(d).

Recently, the Texas Supreme Court analyzed whether attorney immunity applies in a TCPA case. Youngkin v. Hines, 546 S.W.3d 675, 681-83 (Tex. 2018). The Hines Court stated, “an attorney is immune from liability to nonclients for conduct within the scope of his representation of his client.” Id. at 681 (citing Cantey Hanger, LLP v. Byrd, 467 S.W.3d 477, 481 (Tex. 2015)). The Court held that “an attorney may be liable to nonclients only for conduct outside the scope of his representation of his client or for conduct foreign to the duties of a lawyer.” Id. (citing Cantey Hanger, 467 S.W.3d at 482). “[T]he above inquiry correctly focuses on the kind of conduct at issue rather than the alleged wrongfulness of said conduct. That is, a lawyer is not more susceptible to liability for a given action merely because it is alleged to be fraudulent or otherwise wrongful.” Id. (citing Cantey Hanger, 467 S.W.3d at 483) (internal citations omitted).

Therefore, we focus on the conduct at issue as it relates to Clayton. See id. at 682. In the trial court, Oldcastle complained of Clayton’s involvement with the Dodsons and the City about his role while acting as their attorney in disparaging Oldcastle’s materials to Oldcastle’s detriment. Oldcastle claimed that by doing so, Clayton breached a confidential settlement agreement between L.D. Construction and Oldcastle in another case. Oldcastle also asserts that Clayton’s conduct occurred, at least in part, because he wanted the City to hire him to sue Oldcastle for allegedly providing faulty materials, which the City did. Thus, Oldcastle’s complaints against Clayton’s conduct are traced directly to his role as an attorney representing the Dodsons or the City. While an attorney may become liable to a nonclient for wrongdoing in some instances even though acting for a client, in this case, Oldcastle relies solely on an email chain to support its claims against Clayton. The email chain reflects that Clayton’s office merely forwarded the information to his clients. Moreover, Clayton’s affidavit shows his conduct occurred in the course of his undertaking to represent the Dodsons and the City. From the evidence, we conclude that Clayton established his affirmative defense of attorney immunity to Oldcastle’s Rule 202 claims by the required preponderance of the evidence. See Tex. Civ. Prac. & Rem. Code Ann. § 27.005(d); see also Hines, 546 S.W.3d at 683; Cantey Hanger, 467 S.W.3d at 484-86. Because Clayton’s immune from suit for his role as an attorney for the Dodsons and the City, we conclude the trial court erred when it denied Clayton’s motion to dismiss Oldcastle’s suit based on his rights under the TCPA.

Finally, even if Oldcastle met its burden of establishing a prima facie case for its claims against Clayton, which we need not decide, Clayton was entitled to a dismissal of Oldcastle’s petition because he established he was immune based on his role as the Dodsons’ and L.D. Construction’s attorney. See id. § 27.005(c), (d).