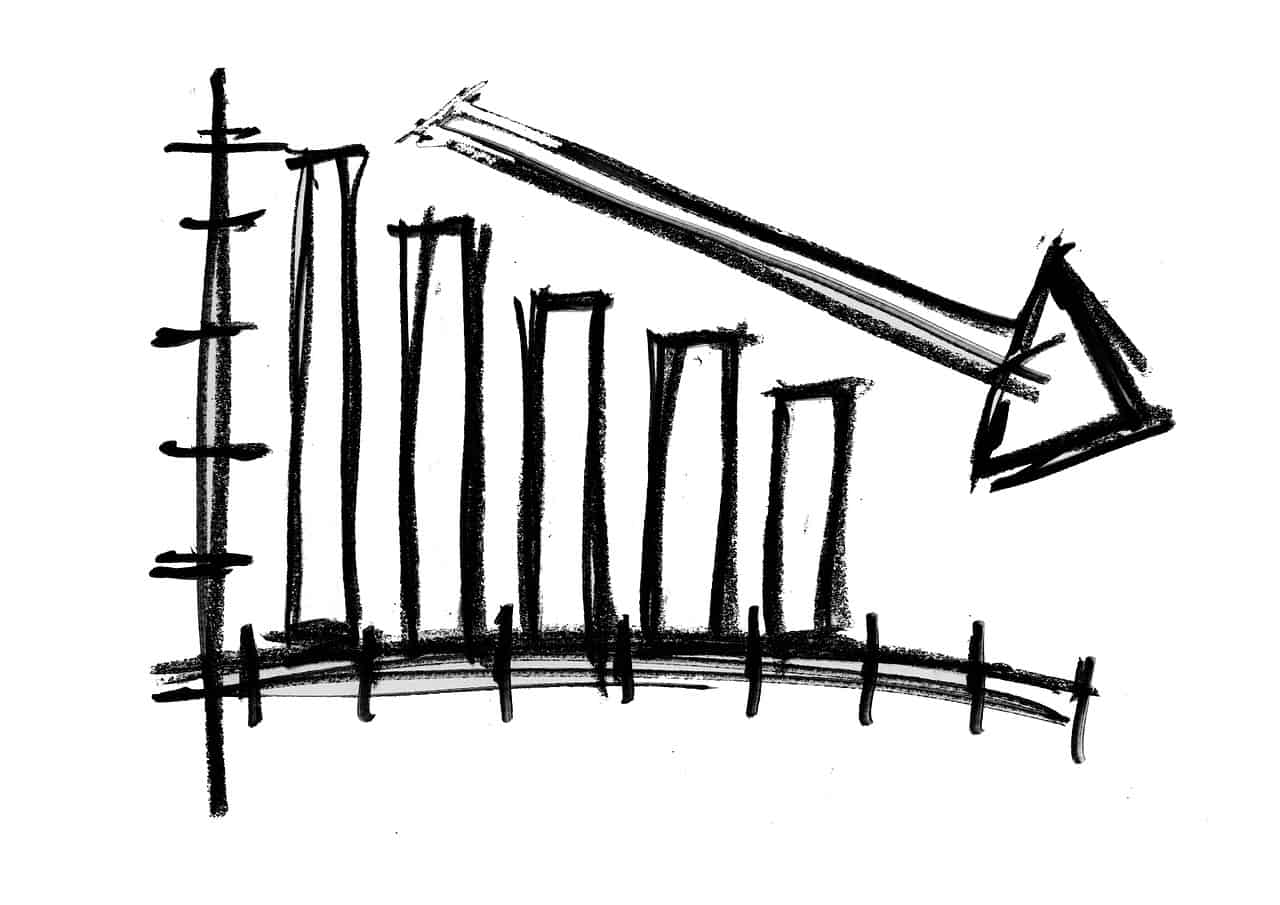 Elliott sent copies of complaints that she had filed with the state to users of EMTS’ services and posted them on the internet.

Elliott’s right to petition and right of free speech.

“Some” Evidence Satisfies the Clear and Specific Requirement in the Texas anti-Slapp law, TCPA

In S&S Emergency Training Solutions, Inc. v. Elliott, 17-0628, (Tex. December 21, 2018), the trial court had denied a motion to dismiss filed under the Texas anti-SLAPP law, Texas Citizens Participation Act (TCPA), TEX. CIV. PRAC. & REM. CODE ANN. § 27.001 et. seq. the Dallas appeals court reversed because the nonmovant,EMTS, did no put on clear and specific evidence of damages. The Texas Supreme court reversed the court of appeals and upheld the trial courts denial of the motion to dismiss.

EMTS provided training to satisfy requirements for paramedics licensing. Elliott was employed by EMTS and had signed several nondisclosure agreements. She asked for a raise stating that she kept EMTS “running smooth and profitable”. A day later, she resigned and filed complaints with the Texas Department of State Health Serivces alleging that EMTS was engaged in unlawful business practices. She passed on those complaints to potential employers of paramedics as well as a company with which EMTS had an accreditation agreement, ACI. ACI withdrew from the agreement with EMTS which caused it to lose its accreditation which meant it could no longer offer classes. EMTS sued Elliott for breach of contract and asked for injunctive relief. Elliott filed a motion to dismiss under the Texas anti-SLAPP law, TCPA. The trial court denied the motion. The appeals court in Dallas reversed the trial court saying that in step two of the TCPA, EMTS did not put on clear and specific evidence of damages. The Supreme court reversed the appeals court.

Elliott responded with a motion to dismiss pursuant to the TCPA in which she contended that her actions were an exercise of her right to petition and her right of free speech. She maintained that the matters about which she communicated related to the training of emergency medical personnel, which is a matter of public concern. EMTS countered that Elliott contractually agreed to forgo her rights of free speech and petition as to confidential information covered by the NDAs. In the alternative, EMTS argued that it provided clear and specific evidence of a prima facie case of breach of contract, thus it was entitled to maintain its suit.

The Dallas appeals court held that the suit was “based on, relates to, or is in response to a party’s exercise of the(ir) right(s)” so step-one was satisfied. The Texas Supreme court stated:

neither party contests the court of appeals’ determination that EMTS sued Elliott in response to her exercise of free speech.

The Dallas court of appeals held that since step one was met, the burden shifted to EMTS to produce prima facie evidence of each essential element of it cause of action. It then ruled that EMTS did not put on clear and specific evidence of its damages.

In this Court, EMTS contends that the court of appeals applied an erroneous standard regarding the damages element of its claim—the court measured the evidence by whether EMTS produced evidence of the specific amount of damages the disclosures caused instead of properly determining whether EMTS produced prima facie evidence that the disclosures simply caused it some damages. EMTS argues that it met the proper standard by providing evidence that ACI terminated the consortium agreement in response to Elliott’s disclosures, which in turn caused EMTS to be unable to conduct its profitable paramedic courses.

Direct evidence of damages is not required, but the evidence must be sufficient to allow a rational inference that some damages naturally flowed from the defendant’s conduct…A party who breaks his contract cannot escape liability because it is impossible to state or prove a perfect measure of damages.

(A) breach of contract action requires proof of four elements: (1) formation of a valid contract; (2) performance by the plaintiff; (3) breach by the defendant; and (4) “the plaintiff sustained damages as a result of the breach”). The court of appeals concluded that EMTS’s evidence was sufficient except for causation and damages…The only challenge here is to the court of appeals’ evidentiary ruling regarding causation and damages.

After reviewing the evidence submitted by affidavit including the statement by Elliott that EMTS was running smooth and profitable, the Texas Supreme court summarized the evidence as follows:

Elliott’s pre-resignation letter and the affidavits of Vecchio and Cellio support, at minimum, rational inferences that (1) EMTS’s paramedic classes were profitable before Elliott’s disclosures of confidential information; (2) the disclosures were a cause of ACI’s terminating the consortium agreement; and (3) termination of the consortium agreement caused EMTS to lose the ability to conduct the profitable paramedic training classes. Thus, EMTS provided prima facie evidence that Elliott’s disclosures caused EMTS to lose profits. That evidence was sufficient to preclude dismissal of EMTS’s suit.

This record demonstrates that EMTS’s lost revenues were susceptible to calculation with reasonable certainty based on data regarding what classes were provided under the consortium agreement and how much revenue EMTS was taking in per student. Moreover, Elliott managed the program and stated in her December 2015 letter that EMTS was “profitable,” not that it simply had students. The trial court could have reasonably inferred that as program director she had personal knowledge of both revenues and expenses, and thus whether EMTS’s operation was profitable.

Elliott argues that EMTS cannot establish a prima facie case because a simple loss of revenue is not enough to show damages. This argument stems from Better Bus. Bureau of Metro. Hous., Inc. v. John Moore Servs., Inc., in which the court held that a business’s showing of declining general revenue in the wake of a negative review from BBB is not sufficient evidence for the damages element of a tortious interference claim where the TCPA is involved. 441 S.W.3d 345, 361 (Tex. App.-Houston [1st Dist.] 2013, pet. denied). As noted above, however, the evidence in the record here went beyond demonstrating revenues. The content of Elliott’s December 2015 letter evidenced the fact that EMTS’s classes were profitable, given her position as program director.

The record contains evidence of EMTS’s revenues before Elliott’s disclosures, the number of classes it offered, and the approximate number of students enrolled in each class. There is no dispute that after her disclosures caused ACI to withdraw from the consortium agreement, EMTS was unable to continue the paramedic training courses.

The court never reached the third step because Elliott relied on EMTS not meeting its burden under step-two and did not offer any affirmative defense.

“Some” Evidence Satisfies the Clear and Specific Requirement in the Texas anti-Slapp law, TCPA.

In this case, Elliott had made the statement that because of her, EMTS was “running smooth and profitable”. That statement along with the evidence that EMTS put on with affidavits was sufficient to deny a motion to dismiss under the Texas anti-SLAPP law, TCPA.

If the employee had not made her statement of profitability in her raise request, things might have been different. However, since EMTS’ program was shutdown after the accrediting partner receive the correspondence from Elliott and pulled their association with EMTS, there was a lot of evidence of damages.

← Prev: Under the TCPA, Conditional Appellate Attorney's Fees are Required Next: Failing to Respond Under the Texas Anti-SLAPP, TCPA, may be Fatal →