In a Texas Anti-SLAPP, TCPA, Motion to Dismiss, General Allegations that Merely Recite the Elements of a Cause of Action are not Clear and Specific Evidence 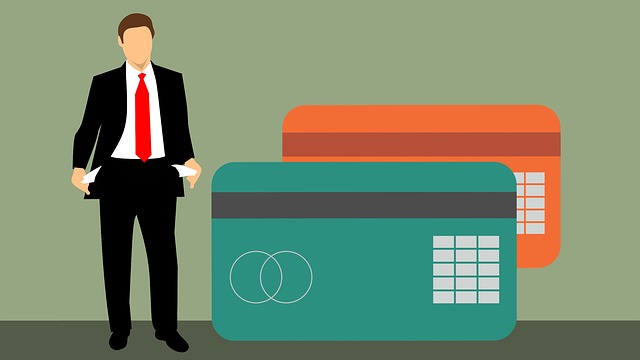 CAT asked Holt for a credit report on M&M because M&M was asking for a loan from CAT. Holt said M&M had outstanding balances and a lawsuit had been filed.

Holt sued M&M on an open account. M&M counterclaimed against Holt claiming that Holt had tortiously interfered with a prospective business relationship.  That relationship was M&Ms attempting to get a loan from Cat Financial. Cat called Holt to inquire about M&Ms credit. Holt told Cat that M&M had an outstanding balance and that a lawsuit had been filed. About the same time, Cat Financial denied M&M’s loan. M&M then filed a Counterclaim against Holt for tortious interference with prospective business relationship. Holt filed a motion to dismiss under the Texas anti-SLAPP, TCPA, law.

The appeals court first held that Holt had met its burden by showing that M&Ms counterclaim was a legal action under the TCPA.

Few would doubt an end consumer’s right to communicate about the quality (or lack thereof) of businesses in the marketplace. Conversely, businesses have a corresponding right to communicate between themselves about customers, or potential customers. Otherwise, a bank could never inform other financial institutions that a putative borrower chronically defaults on loans, or a merchant could never warn other stores of serial shoplifters. To be sure, the information provided must be truthful, but this free flow of accurate information is essential to an efficient marketplace. Stripping away the falsity component of the allegation, Appellants here have done no more than warn other media outlets about potential customers who (allegedly) do not pay their accounts.

In the instant case, it is undisputed that M&M sells services to customers for crushing, screening, drilling, blasting, and mining aggregate, including stone. By responding to CAT Financial’s request for a credit reference regarding M&M, Holt “made a communication ‘in connection with’ a ‘service’ in the relevant marketplace…This is in keeping with the right businesses have “to communicate between themselves about customers.” In fact, the email exchange between Esparrago and Wahne in July of 2016, which M&M attached to its response, demonstrates credit references are routinely exchanged in the industry. Therefore, we hold Holt satisfied its initial burden of showing the TCPA is applicable to M&M’s tortious interference counterclaim because that claim is based on, relates to, or is in response to Holt’s exercise of the right of free speech.

M&M filed affidavits claiming that because of Holt’s statements, Cat Financial refused the loan. However, none of the affidavits were from Cat Financial explaining that they denied the loan based on Holt’s communications to them.

In this case, neither M&M’s pleadings nor the evidence it produced provide sufficient detail to establish the causation element of its tortious interference claim. Instead, both the allegations in its pleadings and Martinez’s affidavit do nothing more than conclusively state CAT Financial denied the loan due to Holt’s response to CAT Financial’s request for a credit reference…The fact that the credit reference occurred roughly contemporaneously with CAT Financial’s decision does not establish Holt’s credit reference caused CAT Financial to decline the loan…But just as conjecture, guess, or speculation will not survive a proximate cause sufficiency challenge in the summary judgment context, conjecture, guess, or speculation cannot survive ‘clear and specific’ scrutiny under chapter 27.

The court never reached the third step because M&M failed to carry its burden under Step-two.

Because the TCPA was applicable to M&M’s counterclaim for tortious interference with prospective business relations but M&M did not establish by clear and specific evidence a prima facie case for that claim, the trial court erred in denying Holt’s motion to dismiss. Therefore, we reverse the trial court’s order and dismiss M&M’s counterclaim for tortious interference with prospective business relations against Holt. The cause is remanded to the trial court to determine the amount Holt should be awarded under section 27.009(a) of the TCPA. See Youngkin, 546 S.W.3d at 683 (remanding for reconsideration of award under section 27.009(a)); Sullivan v. Abraham, 488 S.W.3d 294, 299 (Tex. 2016) (holding TCPA requires an award of reasonable attorney’s fees to the successful movant).

← Prev: If a Texas anti-SLAPP, TCPA, Motion to Dismiss Could Have Been Filed but was not, do the Courts Lack Subject Matter Jurisdiction? Next: ARE YOU ENTITLED TO PRO BONO ATTORNEY'S FEES IN A TEXAS ANTI-SLAPP, TCPA, CASE? →