In a Texas Anti-SLAPP, TCPA, Case, Should the Court Consider Evidence in a Light Most Favorable to the Nonmovant 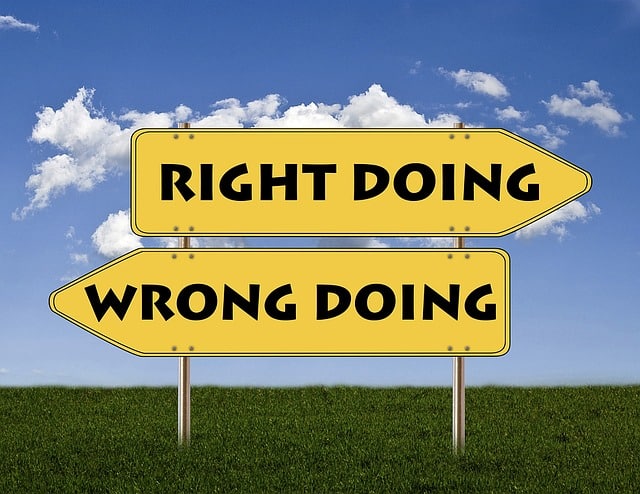 In a Texas Anti-SLAPP, TCPA, Case, Should the Court Consider the Evidence in a Light Most Favorable to the Nonmovant

In a nutshell, Bobby Wayne Lindamood Jr. and JR’s Demolition & Excavation, Inc. sued various individuals, including Jan Mogged, James Richard Fletcher, and Michael Alan Taylor, alleging multiple causes of action against the defendants, including defamation. The dispute spawned from a city-council election wherein Lindamood and Taylor were competing candidates. Needless to say, Taylor’s campaign literature contained statements about Lindamood that Lindamood believed were defamatory and purportedly injured his business (i.e., JR’s Demolition). So, Lindamood and JR’s Demolition sued those they thought were responsible. Except for Taylor, Mogged, and Fletcher, the defendants were nonsuited or otherwise dismissed from the action.

The court Proceeded to review the pleadings and evidence in the light most favorable to the non-movement, a standard that is applied in summary judgment cases. The dissent disagreed about using the summary judgment standard in a Texas anti-SLAPP law, TCPA, case.

No one questions whether the conduct underlying Lindamood’s suit implicates the exercise of the constitutional rights to speech, association, and petition. Indeed, the conduct at issue encompasses the dissemination of written information about one of two candidates in a political race; the candidate in question happened to be Lindamood. Furthermore, the legislature has defined an exercise of free speech as a communication made in connection with a matter of public concern. See Tex. Civ. Prac. & Rem. Code Ann. § 27.001(3) (West 2015). No doubt, an election is a matter of public concern, as are the qualifications and character of those seeking the public office. Given this, we conclude that the initial swing of the pendulum shows that Taylor, Mogged, and Fletcher met their evidentiary burden. There is a preponderance of the evidence that the legal action is based on, relates to, or is in response to a party’s exercise of the right of free speech. The pendulum now swings in the direction of Lindamood and JR’s Demolition to see if they established a prima facie case on each element of their defamation claims through clear and specific evidence.

The elements of defamation include 1) the publication of a false statement of fact by the defendant, 2) that defamed the plaintiff, 3) with the requisite degree of fault concerning the truth of the statement, and 4) damages, unless the statement constitutes defamation per se… Publication with actual malice also plays a role when the object of the purported slander is a public official or seeks public office…Actual malice arises when the defamatory statement is knowingly false or conveyed with reckless disregard for its truth.

The purported defamation here appears in three forms. One is a document we call “the Excerpt” and which was composed by Taylor. Another is a document entitled “Colleyville Voters Alert” (Alert) which Taylor, Mogged, and Fletcher allegedly published. The last is Fletcher’s statement in an internet discussion forum (Forum).

A large part of the published material was from a deposition that Lindamood gave in a different case. The deposition was sent to one of the defendants, Taylor.  There was sufficient evidence, as far as the court was concerned, to hold that Taylor was the author of the excerpt and the alert which changed the meaning of the depositions – alleging that it showed that Lindemann had committed crimes. The court using the standard of reviewing evidence in light most favorable to the nonmovement, held that Lindamood proved his prima facie case against Taylor by clear and specific evidence. The court also held that he did not prove it against the other defendants because there was not sufficient evidence to show that they authored the alert or excerpt.

One of the defendants, Taylor, did not prove any defense. The other defendants did not need to prove a defense since the court had found that Lindamood had not proved his prima facie case by clear and specific evidence.

In a Texas Anti-SLAPP, TCPA, Case, Should the Court Consider Evidence in a Light Most Favorable to the Nonmovant

The dissent points out that the court’s use of the summary judgment standard of viewing the evidence in a light most favorable to the nonmovant was wrong.

Significant policy and structural differences exist between summary-judgment proceedings and the TCPA. Texas Rule of Civil Procedure 166a, which is a creature of the Texas Supreme Court, exists as a vehicle to eliminate “patently unmeritorious claims or untenable defenses,” and places the burden of proof always and squarely on the summary-judgment movant. A court thus “accepts as true all evidence of” the nonmovant and gives the nonmovant “the benefit of every reasonable inference which properly can be drawn in favor of his position…The reason for considering summary-judgment evidence in the light most favorable to the nonmovant is simple: “Critical standards of review weighted in favor of the non-movant are essential because the remedy of summary judgment is harsh.””

Of course, dismissal under the TCPA is similarly harsh, but the statute’s language-to which we must accede-expresses a clear legislative intent that those sued for exercising a First Amendment right have a leg up, both philosophically and procedurally, in getting a case against them thrown out.

The statute tells us that its purpose is to “encourage and safeguard the constitutional rights of persons to petition, speak freely, associate freely, and otherwise participate in government to the maximum extent permitted by law and, at the same time, protect the rights of a person to file meritorious lawsuits for demonstrable injury.” See Tex. Civ. Prac. & Rem. Code Ann. § 27.002 (West 2015). We are admonished also that the TCPA must “be construed liberally to effectuate its purpose and intent fully.” Id. § 27.011 (West 2015). The supreme court has recently explained that “[c]onstruing the TCPA liberally means construing its exemptions narrowly,” in part because of “the legislature’s clear instruction to construe the TCPA liberally to protect citizens’ rights to participate in government.” State ex rel. Best v. Harper, No. 16-0647, 2018 WL 3207125, at *6, *9 (Tex. June 29, 2018). (The final judgment in the Harpercase from the Texas Supreme Court changes the quoted phrase as follows – Construing theThe TCPA liberally means construing itsincludes several exemptions narrowly.) Unlike summary-judgment procedure’s more protective stance toward plaintiffs’ claims, the legislature’s, and thus our high court’s, unmistakable default is that when the TCPA applies, it applies with gusto.

The different attitudes toward summarily ending a run-of-the-mill lawsuit under rule 166a and a free-speech-related lawsuit under the TCPA are also reflected in what the latter has to say about the nonmovant’s burden, which is to do more than simply raise a legitimate fact issue. Assuming that the TCPA defendant-movant has shown that the plaintiff-nonmovant’s claim is “based on, relates to, or is in response to” the movant’s exercise of a right of free speech, to petition, or of association, see Tex. Civ. Prac. & Rem. Code Ann. § 27.005(b) (West 2015), a court “shall dismiss” the case unless the nonmovant carries an affirmative evidentiary burden: the nonmovant must “establish[] by clear and specific evidence a prima facie case for each essential element of the claim in question.” Id. § 27.005(c). And even so, the movant gets another shot at dismissal if it then proves all essential elements of a valid defense to the nonmovant’s claim. Id. § 27.005(d).

To be sure, some of our sister courts have noted, without much commentary, that evidence associated with a TCPA dismissal motion is to be viewed in such a light. But the supreme court has not explicitly adopted that standard, nor have we…Without something in the TCPA’s language suggesting that the legislature meant for us to weigh the evidence in a most-favorable light, and indeed when the TCPA’s language and purpose suggest something quite different, I believe that the majority is reading into the statute a standard that its text does not justify.

← Prev: Failing to Respond Under the Texas Anti-SLAPP, TCPA, may be Fatal Next: If a Texas anti-SLAPP, TCPA, Motion to Dismiss Could Have Been Filed but was not, do the Courts Lack Subject Matter Jurisdiction? →