If a Texas anti-SLAPP, TCPA, Motion to Dismiss Could Have Been Filed but was not, do the Courts Lack Subject Matter Jurisdiction? 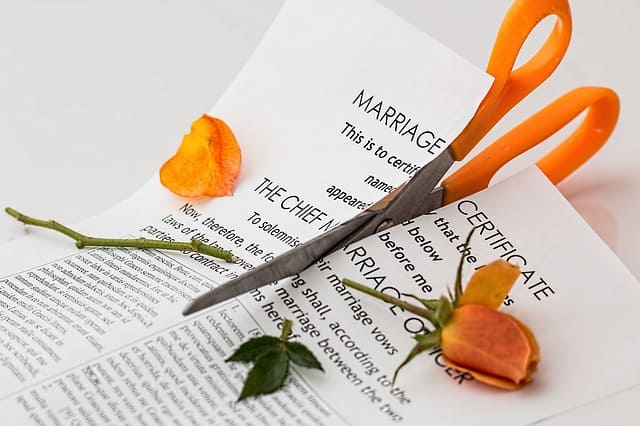 Diogu, a Texas attorney, filed suit against his wife and Aporn claiming that his marriage to his wife was induced by fraud. Aporn filed a counterclaim. Diogu dismissed his claims and the case proceeded to trial on Aporn’s counterclaims. She obtained judgment against Diogu. Diogu appealed but lost his appeal. After losing the appeal, Diogu filed a bill of review claiming that he could have filed a Texas anti-SLAPP, TCPA, motion to dismiss and therefore, the trial court did not have subject matter jurisdiction. He also claimed in the bill of review that he had attorney privilege.

He argued that the Texas Citizen’s Participation Act barred Aporn’s claims against him and that he had absolute immunity from suit because he is an attorney. He contended that both defenses implicated the prior trial court’s subject-matter jurisdiction, leaving its judgment…void. Aporn answered and filed a combined plea to the jurisdiction and motion to dismiss the bill of review. The trial court held a hearing on Aporn’s motion, granted the motion, and entered an order dismissing Diogu’s bill of review.

Diogu argues that he “is entitled to a Bill of review setting aside the prior judgment by the Trial or an Order declaring that judgment void by this court for lack of subject matter Jurisdiction.” We construe his argument to be that the trial court erred by dismissing his bill of review because the trial court that entered the judgment against him…lacked subject-matter jurisdiction.

Diogu’s position was that just because he had the right to file a Texas anti-SLAPP, TCPA, motion to dismiss, that was sufficient to show that the trial court lacked subject matter jurisdiction. He did not have to prove step one. The trial court and the appeals court disagreed.

Step-two was never reached because step-one was not met.

A bill of review is an independent equitable action brought by a party to a former action seeking to set aside a judgment…Ordinarily, a bill-of-review petitioner must plead and prove (1) a meritorious defense to the underlying cause of action, (2) which the petitioner was prevented from making by (a) the fraud, accident, or wrongful act of the opposing party or (b) official mistake, (3) unmixed with any fault or negligence on the petitioner’s own part…To invoke the equitable powers of the court, the bill-of-review petitioner’s pleading must allege these elements factually and with particularity.

With regard to the meritorious defense element, the petitioner must allege sworn facts with particularity sufficient to constitute the defense and present prima facie proof to support the contention at a pretrial hearing…A petitioner meets the requirement of presenting prima facie proof of a meritorious defense by establishing that his defense is not barred as a matter of law and that he will be entitled to judgment on retrial if no evidence to the contrary is offered.

Prima facie proof may include documents, answers to interrogatories, admissions, and affidavits as well as “other evidence that the trial court may receive in its discretion.” “This preliminary showing is essential in order to assure the court that valuable judicial resources will not be wasted by conducting a spurious ‘full-blown’ examination of the merits.”

In addition to the three elements discussed above, a bill-of-review petitioner also must prove that he exercised due diligence in pursuing all adequate legal remedies after the challenged judgment was entered, or show good cause for failing to exhaust those remedies.

The law places a heavy burden on a bill-of-review petitioner to set aside a judgment because it is fundamentally important that judgments be accorded some finality.

The trial court held a hearing, at which Diogu argued that a lack of subject-matter jurisdiction can be argued at any time, including through a bill of review, and that the trial court… lacked subject-matter jurisdiction for two independent reasons: (1) the TCPA barred Aporn’s claim and (2) he held absolute immunity from suit because he is an attorney.

Diogu relied solely on his pleading to meet his initial burden to support his bill of review with prima facie proof. He did not offer any documents or other prima facie proof before or at the hearing. See Baker v. Goldsmith, 582 S.W.2d 404, 409 (Tex. 1979) (stating that prima facie proof can include documents, discovery responses, and affidavits, as well as other evidence that trial court receives in its discretion). Nor did he address the due-diligence requirement to obtain bill-of-review equitable relief.

Moreover, Diogu failed to present prima facie proof in support of his defense, which under the TCPA, places the burden on him to show “by a preponderance of the evidence” that Aporn has asserted a “legal action” against him that is “based on, relates to, or is in response to” his exercise of one of the rights delineated in the statute. See Tex. Civ. Prac. & Rem. Code § 27.005(b). An unsupported allegation invoking the TCPA merits does not support Diogu’s assertion in his bill of review that the trial court lacked subject-matter jurisdiction to enter the judgment against him.