Failing to Respond Under the Texas Anti-SLAPP, TCPA, may be Fatal 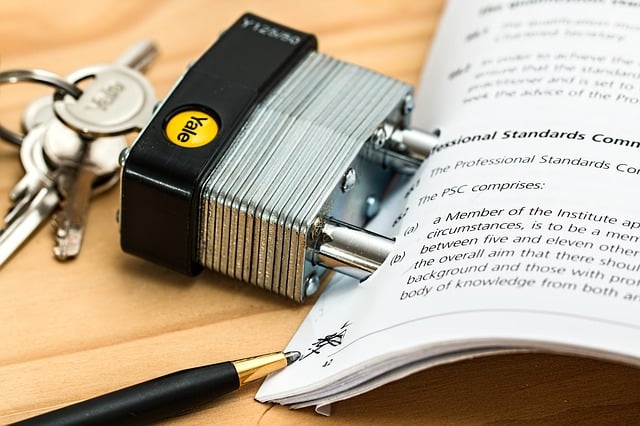 Webster’s exercise of the right to petition and of free speech. The “public concern” of the free speech issue was Dickens’ service in the marketplace.

Failing to Respond Under the Texas Anti-SLAPP Law, TCPA, may be Fatal

“This case concerns a dispute between two lawyers over an agreement to share a contingency fee in a wrongful death case.” Dickens lives in Kansas. She had a client, Quinn, whose husband was killed in an accident. She decided that the best place to file a wrongful death lawsuit was in Texas. She contacted Webster, a Texas attorney, about representing Quinn. They discussed sharing fees but no written agreement was every signed and Quinn never signed any documents agreeing to the representation. The case was settled. A dispute arose between Dickens and Webster about the attorney’s fees. Eventually, Webster told Dickens that he was not going to share any attorneys fees with her. Dickens then sent notices to the various defendants that she retained a lien on the proceeds. Linda Dickens and Dickens Law, LLC v. Jason C. Webster, P.C., 05-17-00423-CV, (Tex. App. – Dallas December 31, 2018) (mem. op.).

Webster sought a declaration that he was entitled to the entire contingency fee because any fee sharing agreement with Dickens was unenforceable under the Texas Disciplinary Rules of Professional Conduct. Dickens filed a counterclaim alleging Webster tortiously interfered with her contingency agreement with the client and sought damages for breach of contract and declaratory judgment arguing she was entitled to fifty percent of the contingency fee because the oral fee sharing agreement was enforceable under Kansas law, where the client resides and Dickens practices. The trial court dismissed Dickens’s tortious interference claim based on Webster’s motion to dismiss under the Texas Citizens Participation Act (TCPA). On cross motions for summary judgment, the trial court denied Dickens’s motion and granted Webster’s. The trial court rendered a final judgment dismissing Dickens’s counterclaims and declaring that any fee sharing agreement between Webster and Dickens is unenforceable under Texas law.

Dickens alleged that Webster tortiously interfered with her contingent fee agreement with Quinn by making “false and defamatory statements to Quinn about Dickens,” including:

a. That Dickens[‘s] contract with Quinn was “no good” in Texas;

d. That Dickens was not a trial attorney and did not know what she was doing;

e. That Dickens made statements about her work on the case which were not true;

f. That Dickens breached her agreement with Webster;

g. That Quinn owed Dickens nothing and Dickens'[s] attempts to collect fees were “a joke;” and

h. That Quinn should terminate Dickens from representing her in the Lawsuit.

We agree with the trial court’s determination that the alleged statements (by Webster to Quinn) were an exercise of the right of free speech or to petition within the expansive definition of those terms under the TCPA.

To establish a claim for tortious interference with a contract, a plaintiff must establish: (1) the existence of a valid contract subject to interference; (2) that the defendant willfully and intentionally interfered with the contract; (3) that the interference proximately caused the plaintiff’s injury; and (4) that the plaintiff incurred actual damage or loss. Interference with a contract is tortious only if it is intentional. Intentional interference does not require intent to injure, only that “the actor desires to cause the consequences of his act, or that he believes that the consequences are substantially certain to result from it.” The interfering party must know of the existence of a contract between the plaintiff and a third party or have knowledge of facts that would lead a reasonable person to conclude that a contract existed.

In response to the motion to dismiss, Dickens submitted her affidavit with several documents and e-mails attached. Webster did not submit an affidavit with his motion or reply.

Based on this evidence, Dickens contends she met her burden to establish by clear and specific evidence a prima facie case for each essential element of her tortious interference claim. Given Dickens’s uncontroverted affidavit and the circumstantial evidence on file at the time of the hearing on the motion to dismiss, we agree. Dickens presented clear and specific evidence of a written contingent fee contract with Quinn dated March 11, 2015. She also presented evidence that Webster obtained a new contingent fee contract on April 2, 2015 between Quinn and both Webster and Dickens, but without Dickens’s signature, that superseded prior agreements with respect to the subject matter. Dickens presented evidence that Webster’s associate later told Quinn that the Dickens Contract was “no good,” unconscionable, and did not comply with Texas ethical requirements. Dickens testified that Webster’s December 31, 2015 e-mail was forwarded to Quinn and there is evidence that Webster’s “scathing e-mail” caused Quinn to believe that Dickens was not “600 percent behind” her. Quinn later terminated Dickens and there is evidence Dickens received no attorney’s fees from the settlement of the wrongful death case. See S & S Emergency Training Sols., Inc. v. Elliott, No. 17-0628, 2018 WL 6711322, at *3 (Tex. Dec. 21, 2018) (“Direct evidence of damages is not required, but the evidence must be sufficient to allow a rational inference that some damages naturally flowed from the defendant’s conduct.”). This evidence is more than “mere notice pleading” and provides sufficient detail to show the factual basis for Dickens’s claim. See Lipsky, 460 S.W.3d at 590-91. We conclude the evidence is clear and specific and supports a rational inference that the alleged facts are true. Such evidence is sufficient to establish the given facts if not rebutted or contradicted. Id. We conclude Dickens established by clear and specific evidence a prima facie case for each essential element of her claim for tortious interference with contract.

Webster argues for the first time on appeal that he established by a preponderance of the evidence the essential elements of the defenses of justification and attorney immunity. However, neither of these defenses were presented to the trial court or Dickens at the time of the ruling on the motion to dismiss. We will not affirm a trial court’s ruling based on a legal theory never presented to the trial court and to which the opposing party had no opportunity to respond.

Under The TCPA, A Response Needs To Be Made In The Trial Court

Whenever any party files anything, whether it is an affidavit under step-two or an affidavit of attorney’s fees, a response needs to be filed. Otherwise, a meritorious claim may be missed.

If Webster had raised his claims of justification and attorney immunity, the results might have been different. However, he did not file a response to Dickens affidavits and evidence. While he did raise the “Commercial Speech Exemption,” the appeals court said it did not apply in this case.

I am a litigation attorney

I aggressively represent my clients. I strive to obtain the absolute best results possible for them. I handle cases in involving the Texas Citizens Participation Act (TCPA), often referred to as the Texas Anti-SLAPP law.

I am the primary author of the this blog which reports on legal cases and issues impacting Anti-SLAPP disputes in Texas.

Although I am based in the DFW area – Lantana (Denton County, Texas), I have a state-wide practice.

I have over 40 years of trial experience.

I am board certified in Personal Injury Trial Law by the Texas Board of Legal Specialization. While it’s a common belief outside the legal profession that most or even all attorneys are board certified, that’s not the case.

The State Bar of Texas, Board of Legal Specialization recognizes attorneys in various areas of law. Out of 70,000 lawyers in Texas, only 10% are Board Certified.

← Prev: Texas Supreme Court Says "Some" Evidence Satisfies the Clear and Specific Requirement in the Texas anti-Slapp law, TCPA. Next: In a Texas Anti-SLAPP, TCPA, Case, Should the Court Consider Evidence in a Light Most Favorable to the Nonmovant →