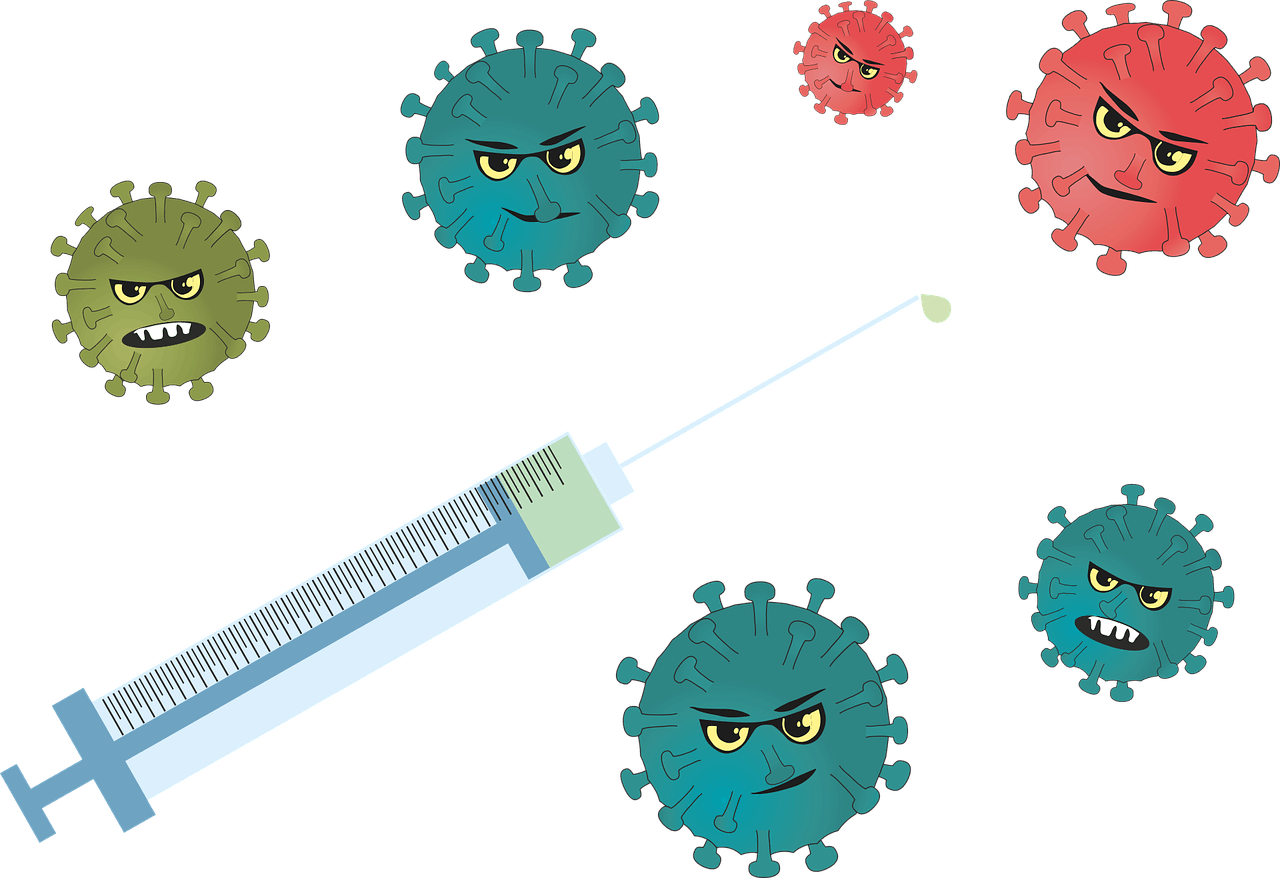 This case involves tort claims brought by a non-client against an attorney, based in part on statements the attorney made in open court on behalf of his clients.

A property dispute between heirs about ownership of property was settled between the parties by a Rule 11 agreement read into the record at trial. The parties were to deed different interest to each other. One party (Hines) was not satisfied with the way the property was deeded and filed suit against the other side (Scott) for common-law fraud and statutory fraud.

Hines alleges that the Scotts used the Rule 11 agreement to obtain his interest in the contested property with no intention of complying with their own obligations under the agreement…He also asserted a claim against the Scotts for materially breaching the settlement agreement…Hines later added Youngkin (the Scott’s attorney) as a defendant, claiming that he knowingly participated in the fraudulent scheme to deprive Hines of his property. In essence, Hines alleges Youngkin did the following: (1) entered the Rule 11 agreement on the Scotts’ behalf knowing they had no intention to comply; (2) helped the Scotts avoid compliance with the agreement by preparing the deed used to transfer their property interest to Capps; and (3) aided Capps in his efforts to wrongfully assert ownership over a portion of the property by filing the relevant lawsuit.

Youngkin moved to dismiss the claims against him under the TCPA. In a supporting memorandum, he argued that his reciting the Rule 11 agreement into the court record constituted the exercise of the right to petition, as defined in the Act, and served as a factual basis for Hines’s fraud and conspiracy claims against him. Youngkin also raised the affirmative defense of attorney immunity, arguing it shielded him from liability to a nonclient for actions taken in the course of representing a client.

Hines responds that an attorney speaking for a client in a courtroom is not exercising any personal First Amendment rights at all. For that reason, Hines argues, his suit against Youngkin is outside the TCPA’s purview.

The trial court denied the motion to dismiss, and Youngkin filed an interlocutory appeal pursuant to Civil Practice and Remedies Code sections 27.008(b) and 51.014(a)(12). The court of appeals affirmed, holding that (1) the TCPA applied to the claims against Youngkin, (2) Hines made a prima facie case for each element of his claims, and (3) Youngkin failed to prove his attorney-immunity defense.

In a note, the Supreme Court stated:

Youngkin referred in his briefs to litigation privilege rather than attorney immunity, but both labels describe the same doctrine.

The court of appeals had ruled that the Anti-Slapp statute applied but refused to dismiss the claim because Hines had made a prima facie case for each element of his claims, and Youngkin failed to prove his attorney-immunity defense.

A party may invoke the TCPA dismissal procedure if that party shows by a preponderance of the evidence that the legal action against it “is based on, relates to, or is in response to” the party’s exercise of the right to speak, petition, or associate.

The statute defines what it means to exercise those rights. Pertinent here, the “exercise of the right to petition” includes “a communication in or pertaining to . . . a judicial proceeding.”

A “communication” is broadly defined as “the making or submitting of a statement or document in any form or medium.”

..(T)he TCPA applies to a legal action against a party that is based on, related to, or in response to the party’s making or submitting of a statement or document in or pertaining to a judicial proceeding. Youngkin’s alleged liability stems from his dictation of the Rule 11 agreement into the court record during trial. By any common understanding of the words, he made a statement in a judicial proceeding.

Hines’s argument that Youngkin cannot invoke the TCPA because the First Amendment right to petition does not encompass Youngkin’s in-court statements attempts to add a requirement to the statute that does not exist in its text. It does not follow from the fact that the TCPA professes to safeguard the exercise of certain First Amendment rights that it should only apply to constitutionally guaranteed activities.

Accordingly, we hold that the TCPA applies to Hines’s claims against Youngkin. We next turn to whether Youngkin is entitled to dismissal.

Because the TCPA applies, the burden shifted to Hines to establish by clear and specific evidence a prima facie case for each essential element of his claims. Id. § 27.005(c). If he did so, Youngkin is still entitled to dismissal if he proves the essential elements of any valid defenses by a preponderance of the evidence. Id. § 27.005(d). Assuming without deciding that Hines met his burden, we nevertheless hold that Youngkin is entitled to dismissal because he established the affirmative defense of attorney immunity.

Our recent opinion in Cantey Hanger, LLP v. Byrd, which issued after the court of appeals’ opinion in this case, controls our analysis of attorney immunity. 467 S.W.3d 477 (Tex. 2015). In Cantey Hanger, we explained that an attorney is immune from liability to nonclients for conduct within the scope of his representation of his clients. Id. at 481. Put differently, an attorney may be liable to nonclients only for conduct outside the scope of his representation of his client or for conduct foreign to the duties of a lawyer. See id. at 482. We also clarified in Cantey Hanger that the above inquiry correctly focuses on the kind of conduct at issue rather than the alleged wrongfulness of said conduct. Id. at 483. That is, a lawyer is no more susceptible to liability for a given action merely because it is alleged to be fraudulent or otherwise wrongful. See id.

…Youngkin’s complained-of actions were part of his responsibility to his clients, even if done improperly. It would strain the very existence of settlement agreements if a party could hold an opposing attorney liable for subsequently taking an action or position at odds with that party’s understanding of the agreement. Even more concerning is that such a practice could impute a guarantee of the client’s performance onto the attorney merely because he played a role in negotiating his client’s agreement.

This is not to say that an attorney could not be held liable to his own client for misconduct similar to that alleged by Hines or be reprimanded for ethics violations. But to be held liable to the opposing party is a wholly different matter.

Hines alternatively challenges the sufficiency of Youngkin’s motion to dismiss, arguing that he did not present enough evidence to establish the defense by the requisite standard. Both the TCPA and Cantey Hanger are clear that the burden to prove the attorney-immunity defense is on Youngkin.

In the trial court, Youngkin filed a motion to dismiss that said simply “NOW COMES Defendant Bill Youngkin and moves the Court to dismiss the claims against him pursuant to the Texas ‘Anti-SLAPP Statute,’ i.e., Tex. Civ. Prac. & Rem. Code § 27.003.” He did not attach any evidence or arguments to that motion, but he filed a supporting memorandum two days later that contained legal argumentation in support of the attorney-immunity defense. Hines contends that Youngkin cannot have met his statutory burden because he submitted no evidence. We disagree.

The only facts required to support an attorney-immunity defense are the type of conduct at issue and the existence of an attorney–client relationship at the time. A court would then decide the legal question of whether said conduct was within the scope of representation. Here, the necessary facts are not in dispute. Hines’s own allegations set out the conduct at issue, and his briefs presuppose that Youngkin was the Scotts’ and Capps’s attorney. Moreover, Youngkin’s legal argument in his supporting memorandum is premised on those same facts; he argued that he was immune because he undertook the cited actions in the course of representing his clients. Though it would have been better practice for Youngkin to have submitted an affidavit attesting to those necessary facts, it does not prevent him from proving his defense under the circumstances of this case.

The Texas Supreme Court reversed the court of appeals and ordered the case against Youngkin dismissed.

As to Youngkin’s request that the Texas Supreme Court award him attorney’s fees and send the case back to the trial court to award mandatory sanctions, the court said:

The Texas Supreme Court has continually given an expansive review of Anti-Slapp (TCPA) cases.
Want new articles before they get published?
Subscribe to our Awesome Newsletter.